Inter Milan manager Roberto Mancini says that he does not feel happy about foreign-based players being called up for the Italian national team.

Mancini was speaking after the latest Italian squad announced by manager Antonio Conte contained the two more players born in other countries. However, they have been naturalised as a result of spending a long time in Italy and also not been called up for their home country’s national teams. Several European countries have gone this route of adopting players and it is largely South American or African players.

Juventus boss Massimiliano Allegri has revealed that he will not be managing another Italian Serie A team after leaving his current job.

Instead, he would be willing to take up the managerial role of the Italian national team or leave for a foreign club. Allegri took over as the manager of Juventus only in the summer under difficult circumstances. He was brought in as a replacement for Antonio Conte, who resigned from his role just days before the start of the new season. Following up with the achievements of Conte was always going to be difficult, as he had won three successive league titles. 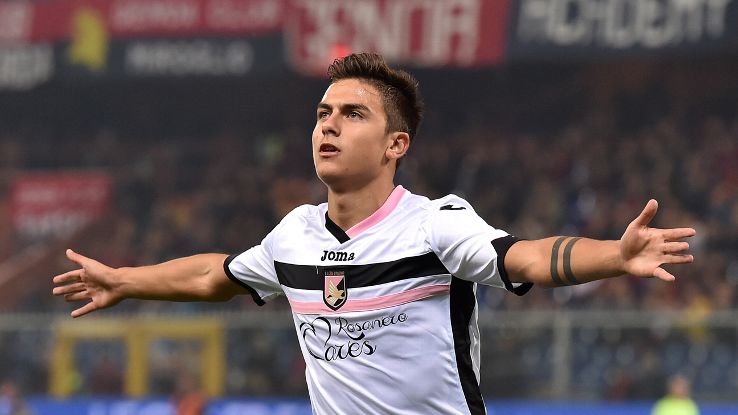 The 21 year old Serbian defender of Manchester City, Matija Nastasic is the latest player that has entered the radar of the Italian club Ac.Milan.

Ac.Milan’s manager FilippoInzaghi will be trying to reinforce certain areas of his squad in the January transfer window and one of those is the defensive department which has looked especially vulnerable as it has a number of experienced players that are expected to be replaced.

MatijaNastasic at the age of 21 has already lifted the Premier League title with Manchester City but he has made a limited number of appearances with the English club in this season and a move away from the Etihad Stadium is starting to look like a plausible option.

Sunderland manager Gus Poyet has revealed that he expects midfielder Jack Rodwell to get even better in the coming weeks once he gets his full fitness back. The former Everton midfielder was signed by the north-east club for £ 10 million from Manchester City in the transfer window. Rodwell was once spoken of as the next big thing in the England international team, but the 24-year-old has suffered from a string of injuries in the last few years. Keen to revive his career, Rodwell moved to Sunderland in the expectation of regular first-team football.

The Internazionale boss, Walter Mazzarri, has admitted that his team’s upcoming fixture versus Dnipro Dnipropetrovsk is going to be a difficult one, but, he is optimistic and believes that his team would manage to get over the line.

Mazzarri’s teams have historically had a hard time while playing against the clubs from Ukraine.

When the Italian was in charge of Sampdoria 5 years back, he saw defeat against Metalist Kharkiv. And, then, he saw another defeat during the 2012-13 Season. At that time, he was the manager of Napoli and the opposition side there was Dnipro.

So, it’s something which would be playing in Mazzarri’s mind when he leads the Inter boys into the arena later this week in Kiev.

It is understood that Liverpool have received an offer from Turkish club Trabzonspor for defender Kolo Toure. After coming to Anfield only last summer on a free transfer from Manchester City, Touré went on to make 24 appearances in all competitions. He also created two goals as well.
However, first-team opportunities became very limited in the second half of the campaign after Brendan Rodgers decided to use Martin Skrtel along with Sakho. The return of Daniel Agger has also increased the competition for Touré.

Former Manchester United youngster Paul Pogba has been one of the best midfielders in the Italian Serie A since his arrival from the Premier league outfit a few years ago. However, there have been several transfer rumours linking him with a return to Premier League or even with Spanish giants Real Madrid. This is because of his all-round nature to be able to dominate the midfield. Pogba not only acts as a defensive shield, but he also joins the attack and scores goals as well.

According to Keshi, the 27-year old striker seems to have come from a different planet.

Keshi was answering the questions of the reporters yesterday night. When he was asked about Messi, he said, “He is an absolute beauty. I can’t praise him enough. The Argentinean team has got some other highly talented guys as well, but, Messi is class apart. You’ve got to give it to him. I reckon he has come from some other planet.”