Antonio Candreva insists he is committed to Inter Milan 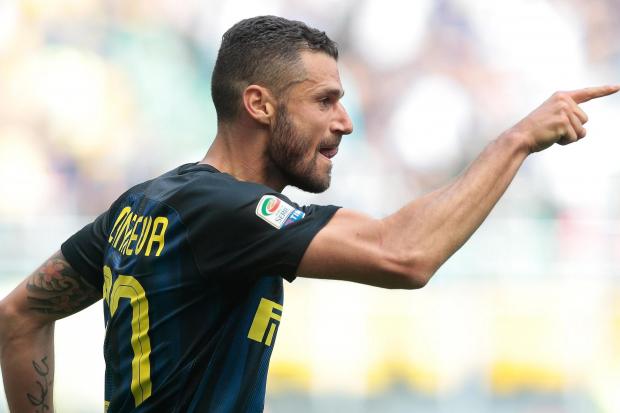 Though Candreva is flattered by the Blues link, he admits that he is committed towards his current employers with whom he hopes to achieve future success, he told reporters: "It's flattering to be linked with a club like Chelsea, but there's absolutely nothing to it at the moment.

The club would deal with it if an offer were to arrive, but I am proud to be at Inter. I committed to a big project and I am happy to be here. This shirt has a great history, and this has to be honoured each time you wear it."

The Nerazzurri are currently stepping up their pre-season preparations in Asia, but the interest in their players does not cease to end with the likes of Ivan Perisic and Marcelo Brozovic also linked with proposed moves to the Premier League.

UEFA has decided to offer four Champions League places for the Serie A rather than three starting from the 2018/19 season, and Luciano Spalletti will set his sights on qualifying for the elite competition in the upcoming campaign. Inter Milan managed to balance their financial books by offloading some of their fringe players, and this places them in good regard while handling players such as Perisic.