Italian football outfit Lazio have given an update on the injury sustained by Mattia Zaccagni during the UEFA Europa League clash with French Ligue 1 giants Marseille on Thursday.
Zaccagni was a major casualty of the European game between Italian football side Lazio and Marseille. The former Hellas Verona player picked up a knee injury during the Europa League match and he could be set for a spell on the sidelines. 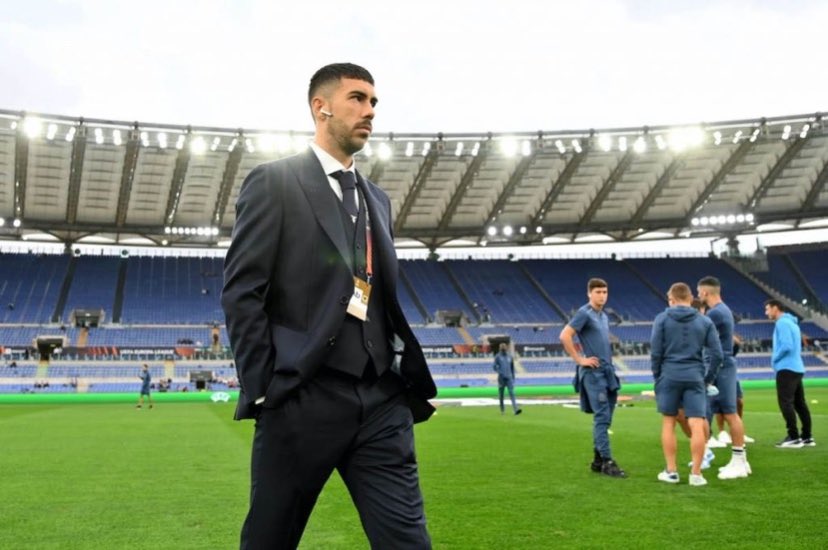 Lazio signed attacking midfielder Zaccagni from fellow Italian football team Hellas Verona in the summer but he has struggled to make a possible impact at the start of his career with the Italian capital club mainly due to injuries. Zaccagni has been frustrated with a couple of injuries since leaving the Gialloblu to sign for Lazio and he has not been able to establish himself at the Stadio Olimpico as a result.

Zaccagni started the Marseille game and he was not forced off with the injury during the game which ended in a goalless draw. The Italian striker was on the pitch for 77 minutes before he was replaced by Spanish footballer Raul Moro. Zaccagni sprained his right knee from the Marseille game at the Stadio Olimpico, the home of Lazio, and further tests would be carried on the player in the coming days. To this effect, Zaccagni won't be in the Lazio squad for the away game against former club Hellas Verona.
The injury update on Zaccagni was revealed by a statement from Lazio as it stated that Zaccagni was subjected to the necessary investigations and treatment after he suffered an injury to his right knee and that a clearer picture on it will emerge in the coming days after clinical and instrumental monitoring has been carried out. It has been feared that Zaccagni could be ruled out for one month at least due to the injury.