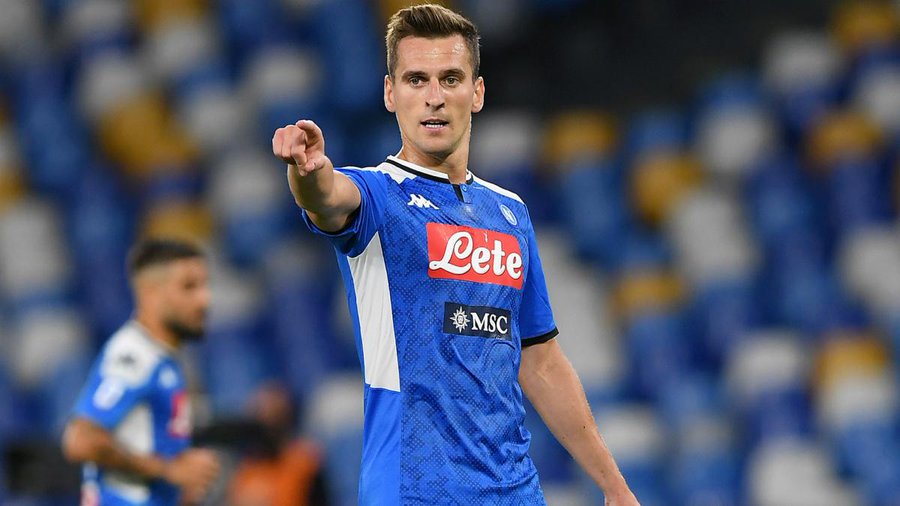 Milik was the main man on Spurs' list during the summer's transfer window. The Premier League giants turned their attention to striker Carlos Viniciusonce they found it difficult to sign Milik. Carlos Vinicius was signed on loan and he has joined from Benfica in the Portuguese Super League.
Napoli wanted ArkadiuszMilik to sign a new contract and he has been frozen out of the first team by manager GennaroGattuso for his failure to sign the new deal. This weekend could be the perfect time to reintroduce Milik with record signing Victor Osimhen doubtful for the Milan game after suffering shoulder discomfort on international duty for the Super Eagles.
If Osimhen doesn't make the home clash with AC Milan, Milik could finally get his chance to impress his manager. Summer signing Andrea Petagnais also an option.
Victor Osimhen has been adapting to the rigours of the Italian Serie A since his big money move from Lille. The French club reportedly received around €60m for the Nigerian striker. He was responsible for the lone goal during the last league game, a 1-0 at Bologna.