Lazio manager Maurizio Sarri has signed a new deal at the club according to multiple reports in the Italian media. It was reported on Wednesday evening that Sarri has signed a new three-year deal at Lazio until 2025.
Italian football media outlet Calciomercato.com reported the news of a new contract for Sarri, while journalist Alfredo Pedulla also confirmed the news. Pedulla is a transfer expert for Italian football publication Gazzettadello Sport. It was disclosed that Sarri put pen to paper on a new deal at Italian football team Lazio in the presence of club president Claudio Lotito. The former Juventus and Chelsea boss signed the new Lazio contract at the club's Formello training ground. 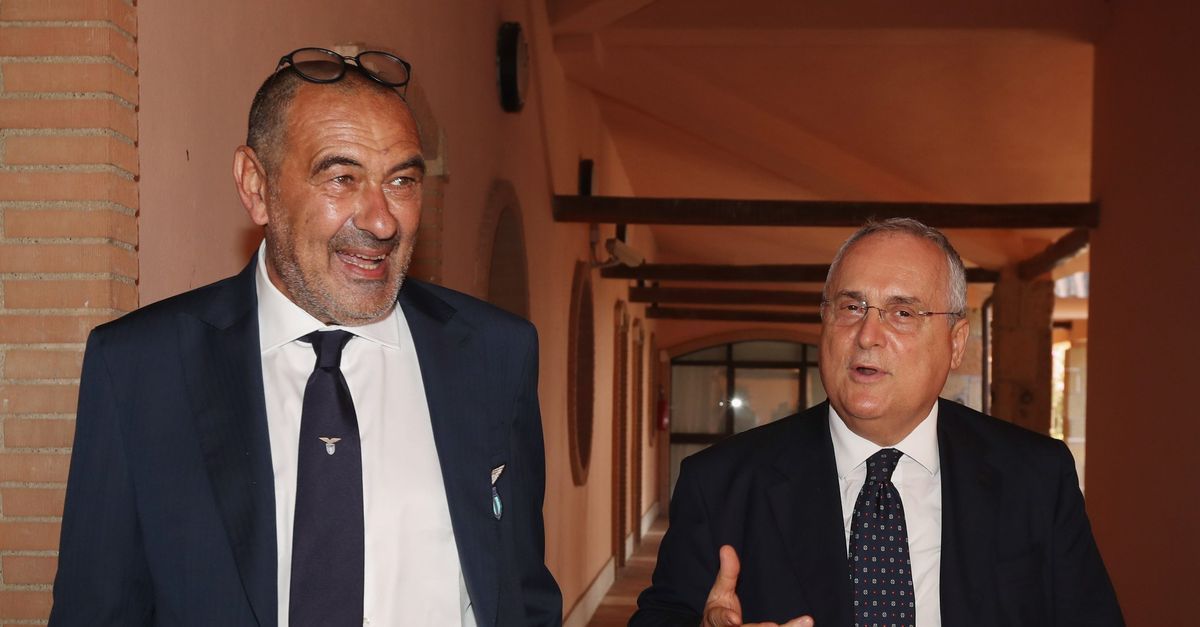 Sarrihas signed a new three-year deal said to be worth €3.5m on a yearly basis plus performance-related bonuses. He would be rewarded financially if certain targets are met at the club over the duration of his new contract.

The Lazio manager made the decision to stay at the capital club after receiving assurances over transfers. He has been given assurances by club president Claudio Lotito and director Igli Tare that Lazio would have new, quality players by the end of the transfer window this summer. Also, Sarri wants to retain the big names in his squad at the moment in addition to signing new, quality players. In the event of the sale of the big names in his squad, he wants adequate replacement for them. Important players such as Luis Alberto, Sergej Milinkovic-Savic and Francesco Acerbi have been linked with moves away from the club.
In his first season at Lazio, Sarri led the club to fifth spot in the Italian Serie A thus securing a place in the Europa League. Sarri and Lazio would be back in the Europa League next season as a result of the fifth-placed finish. They were knocked out of the Europa League by Portuguese club FC Porto in the playoff round.