MILAN IN TRANSFER MARKET FOR DEFENDER

Italian football giants AC Milan are short of options in the centre back position after the injury to England international FikayoTomori. To this effect,the seven-time European champions are in the market to sign a new centre back. 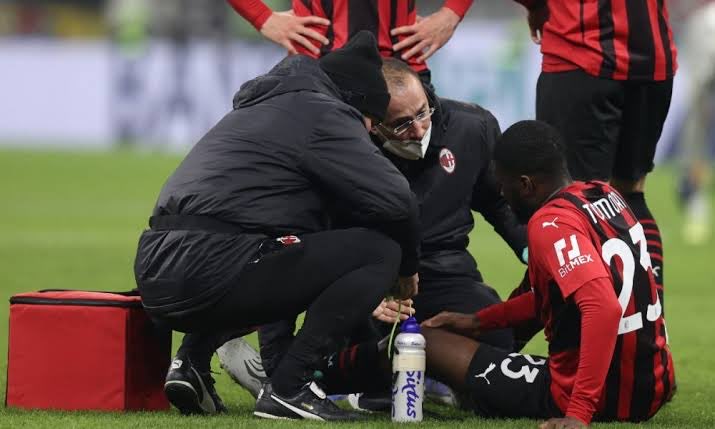 The Italian football giants have been affected by injuries to players in the centre back position. The latest one is the serious knee injury suffered by ex-Chelsea star Tomori. The 24-year-old Englishman will have to undergo keyhole surgery on his knee after an injury thereby missing around one month of football action. Tomori will definitely be out of action until next month as a result of the aforementioned keyhole surgery.

This is to add to the serious injury to another centre back at the Italian football club, Simon Kjaer. The injuries to Kjaer and Tomori mean that Milan officials have no choice than to sign a new centre back.

Italian publication Calciomercatostated that AC Milan are eyeing two centre backs in this winter transfer window. It was disclosed that the seven-time European champions have already opened talks to sign Gleison Bremer from fellow Italian football team Torino. The Rossoneri had earlier held talks for the Brazilian defender.

The new approach for Bremer is as part of the deal to sign Pietro Pellegri. Also, Milan are going to make new moves for Lille defender Sven Botmanamidst the knowledge that it would be a very difficult transfer to complete.

Milan have a little over two weeks left to secure a new centre back in the current transfer window. Rossoneri boss Stefano Pioli has limited options in the centre back area of his team and it is important to give him an extra option as the club battle with city rivals Inter Milan for the right to win the Italian Serie A title this season. Milan fans are hoping that their would be concrete updates on their chase for a centre back in the coming days.